COMS 101 QUIZ 6 QUESTION 1 1. During Sammy's persuasive speech about why ghosts exist, she used a personal account of her interaction with what she called, "a friendly spirit." This is an example... 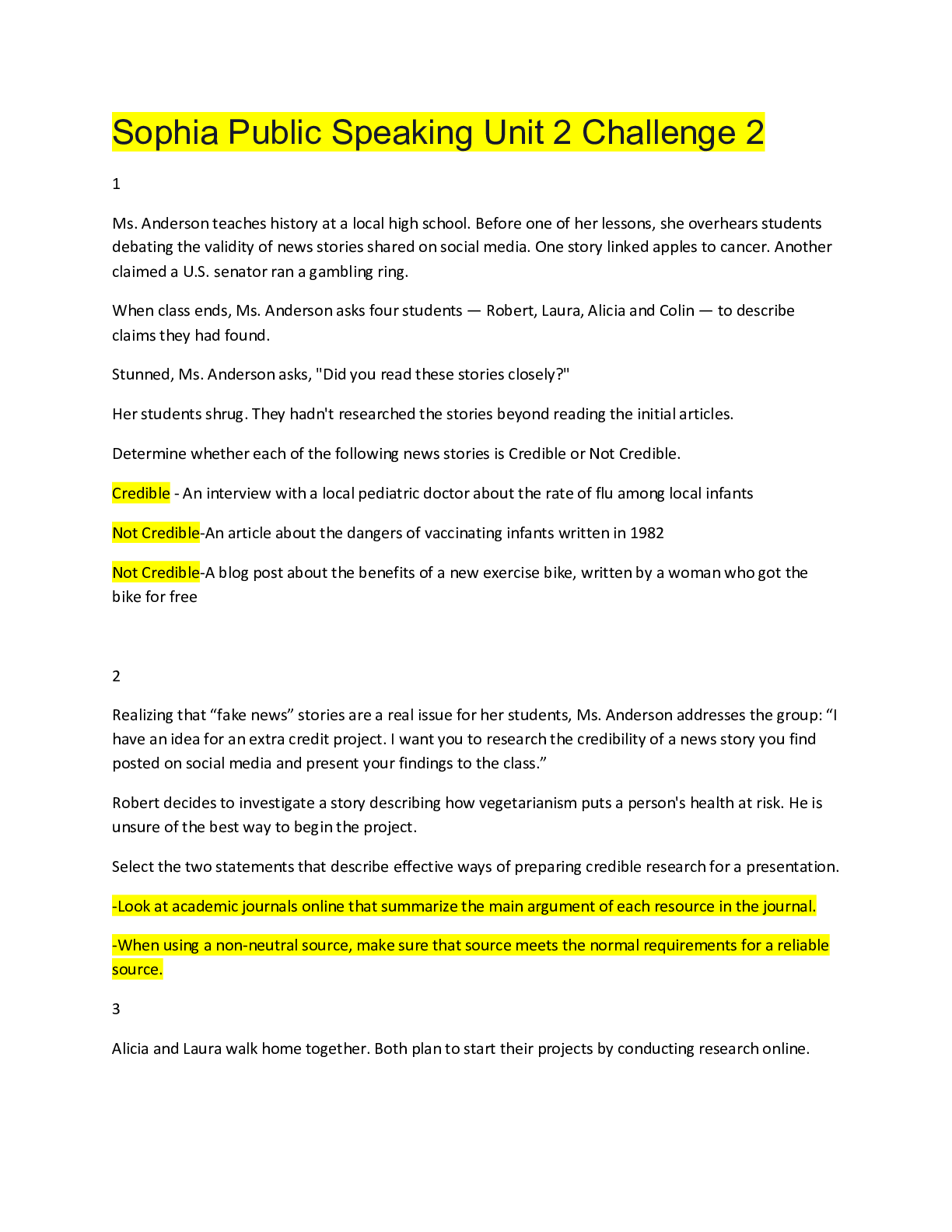 Ms. Anderson teaches history at a local high school. Before one of her lessons, she overhears students debating the validity of news stories shared on social media. One story linked apples to cancer.... 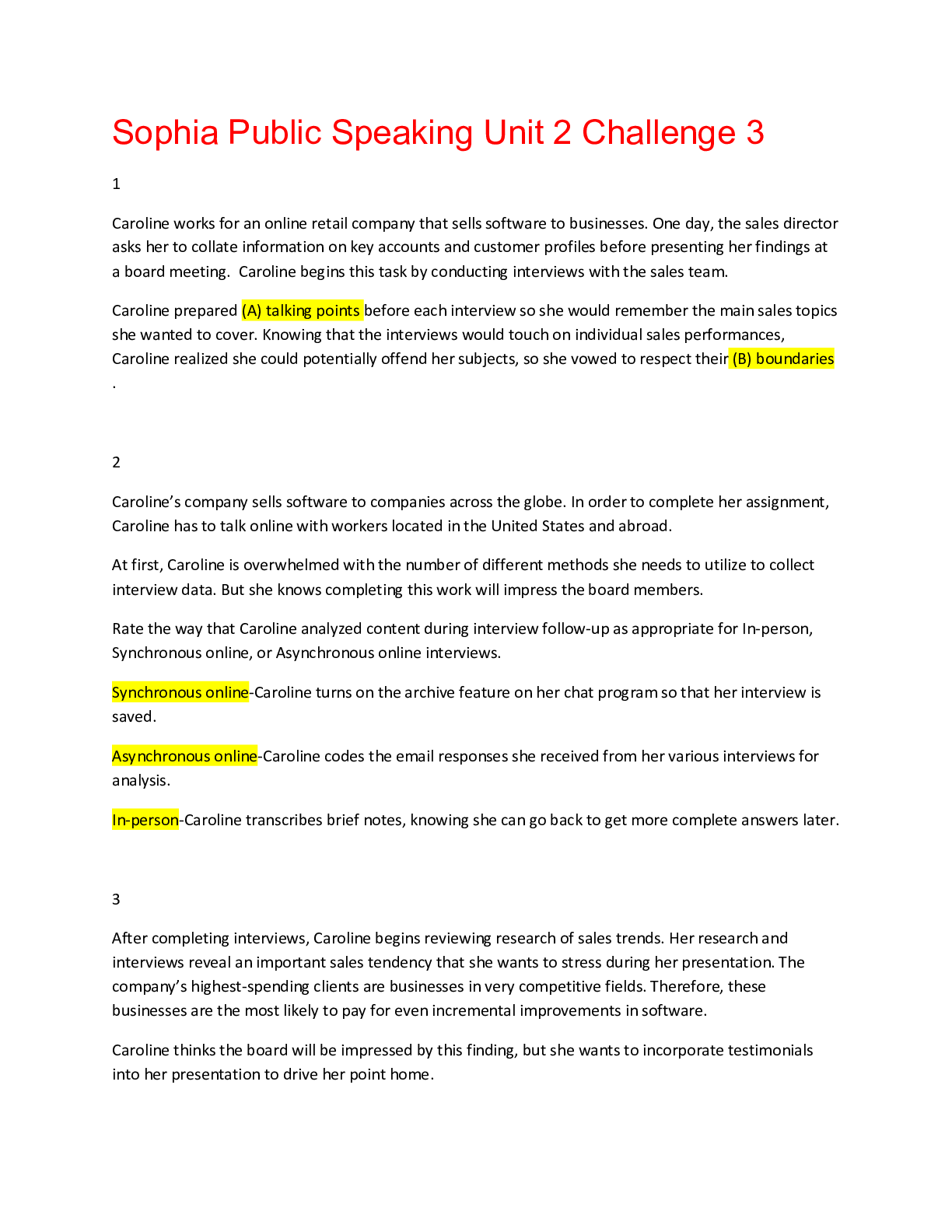 Caroline works for an online retail company that sells software to businesses. One day, the sales director asks her to collate information on key accounts and customer profiles before presenting her f... 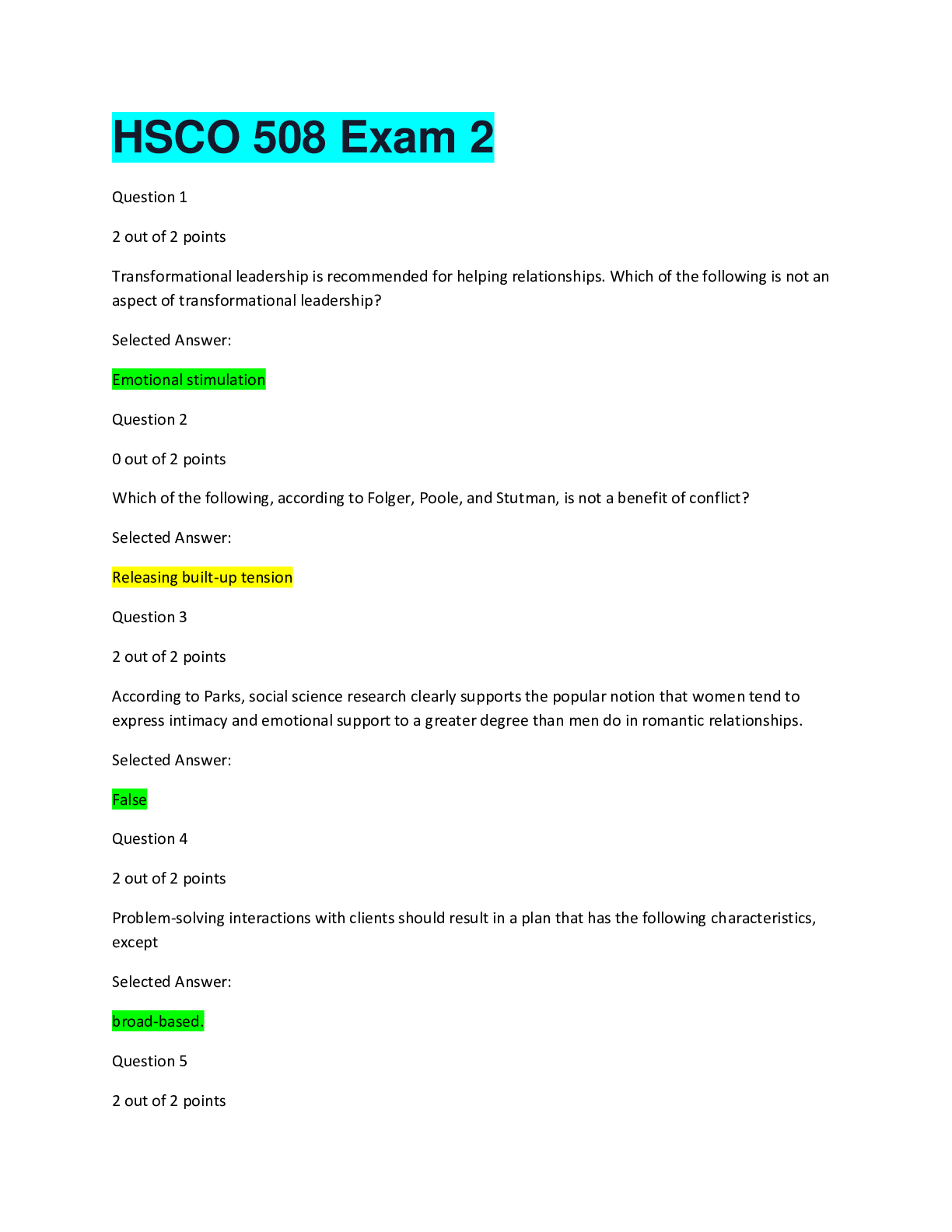 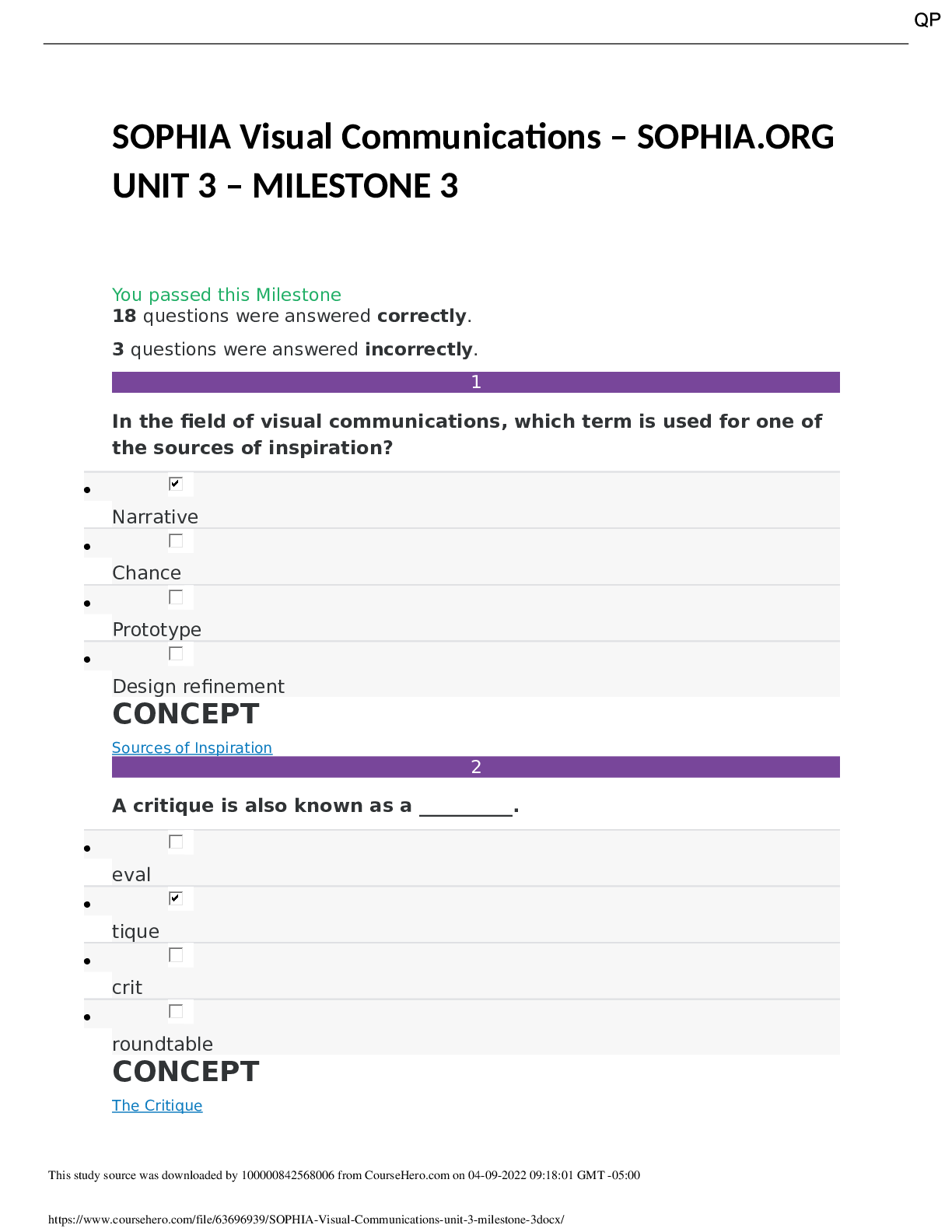 In the field of visual communications, which term is used for one of the sources of inspiration? • Narrative • Chance • Prototype • Design refinement 2 A critique is also known as a... 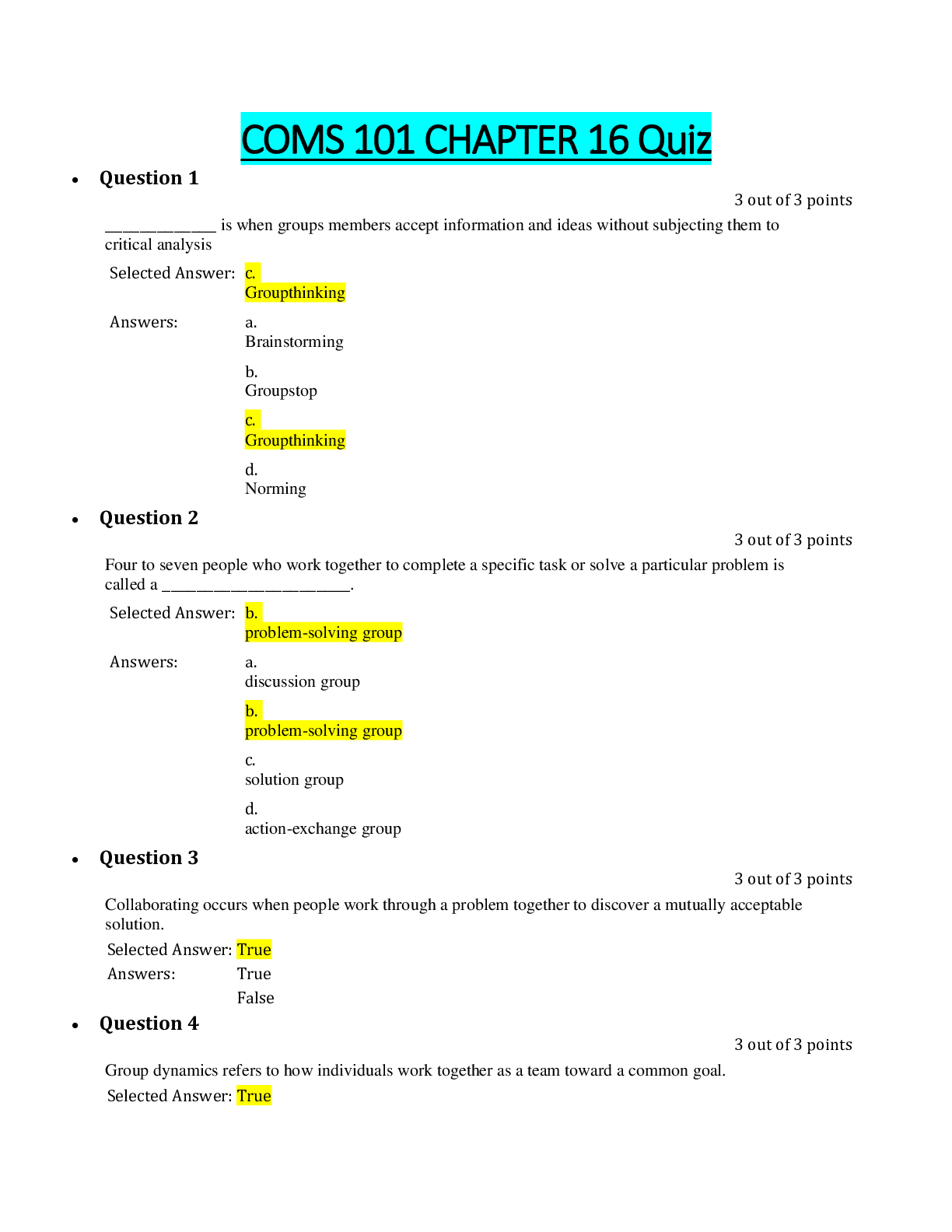 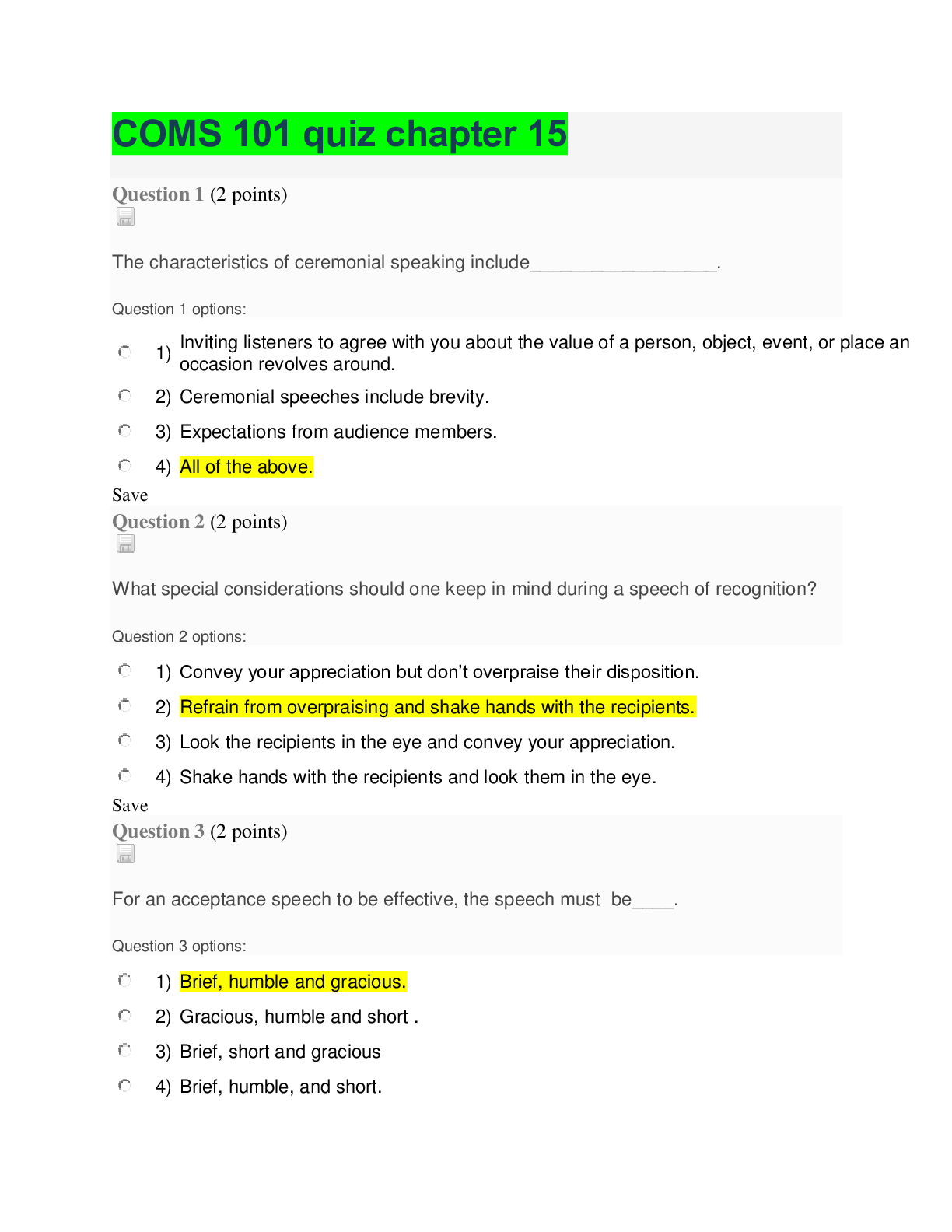 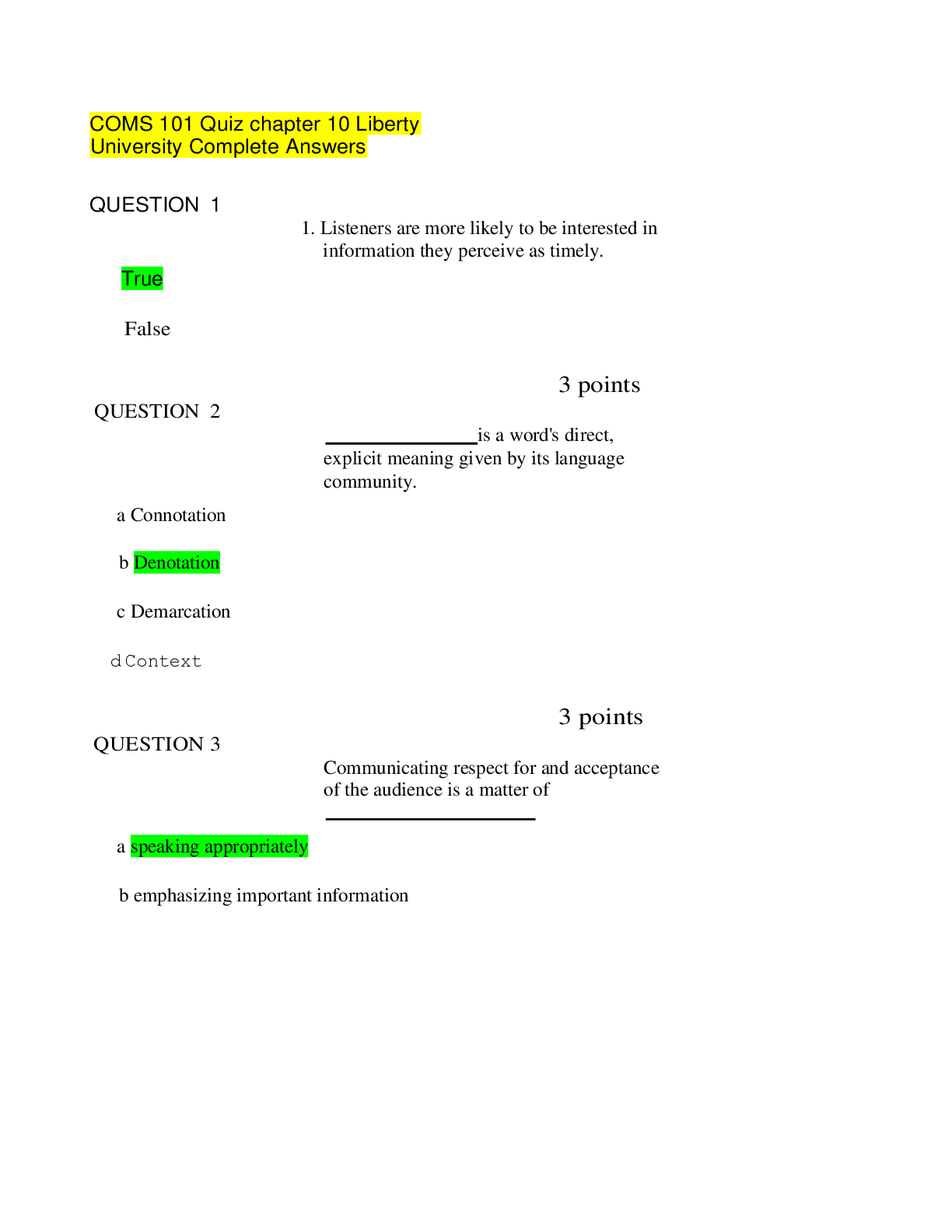 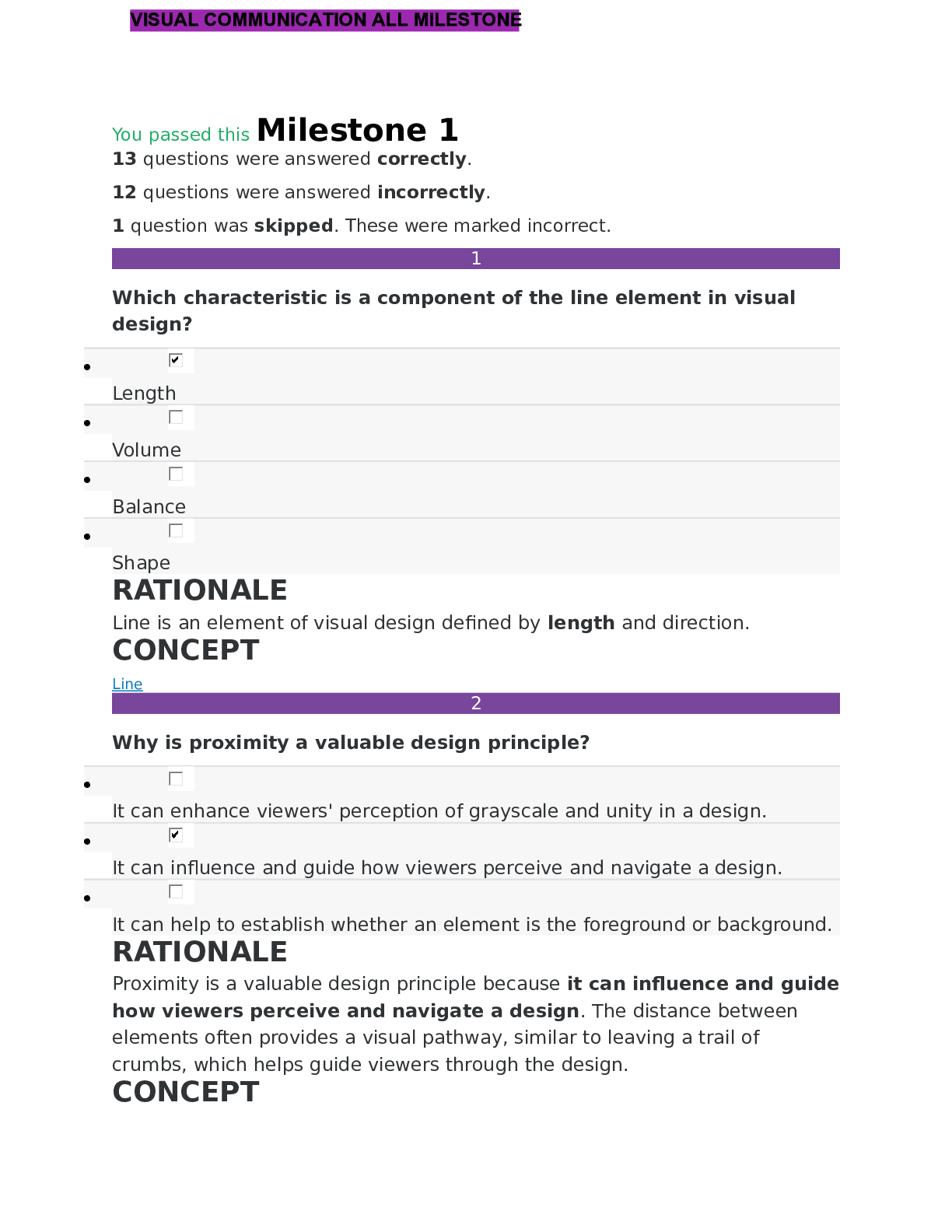 Which characteristic is a component of the line element in visual design? • Length • Volume • Balance • Shape 2 Why is proximity a valuable design principle? • It can enhance viewers' perception of gr...

By EVALEEN 1 year ago 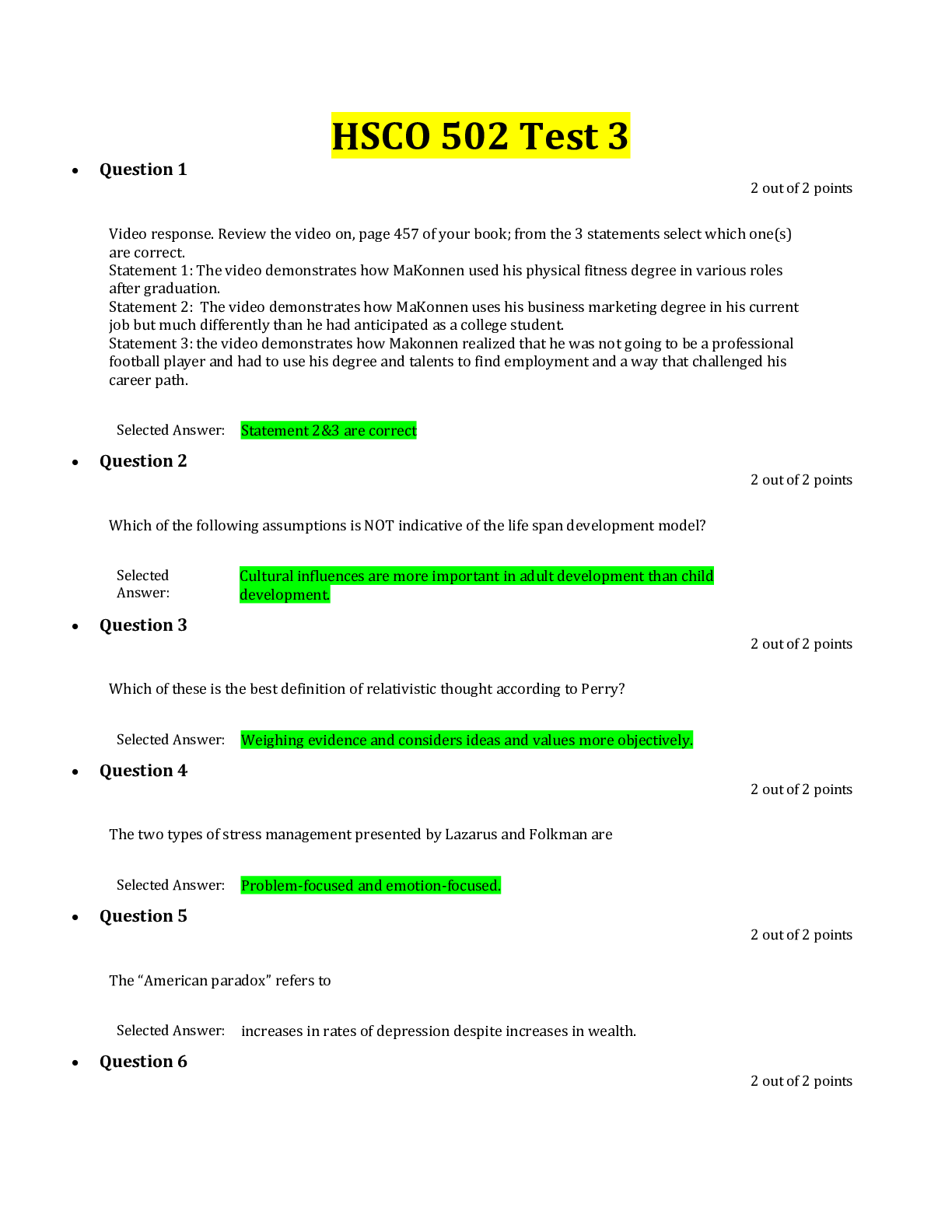 HSCO 502 Test 3 • Question 1 Video response. Review the video on, page 457 of your book; from the 3 statements select which one(s) are correct. Statement 1: The video demonstrates how MaKonn...