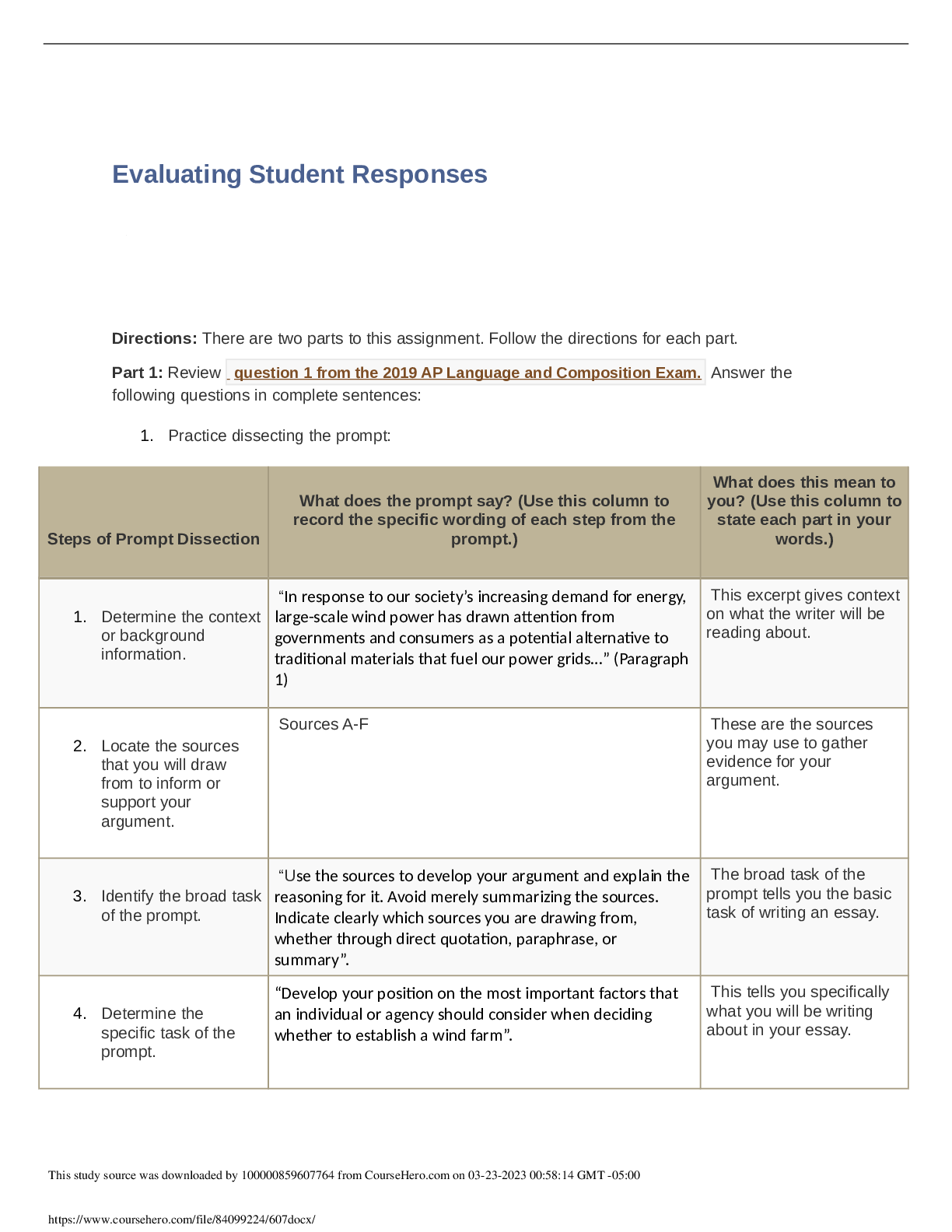 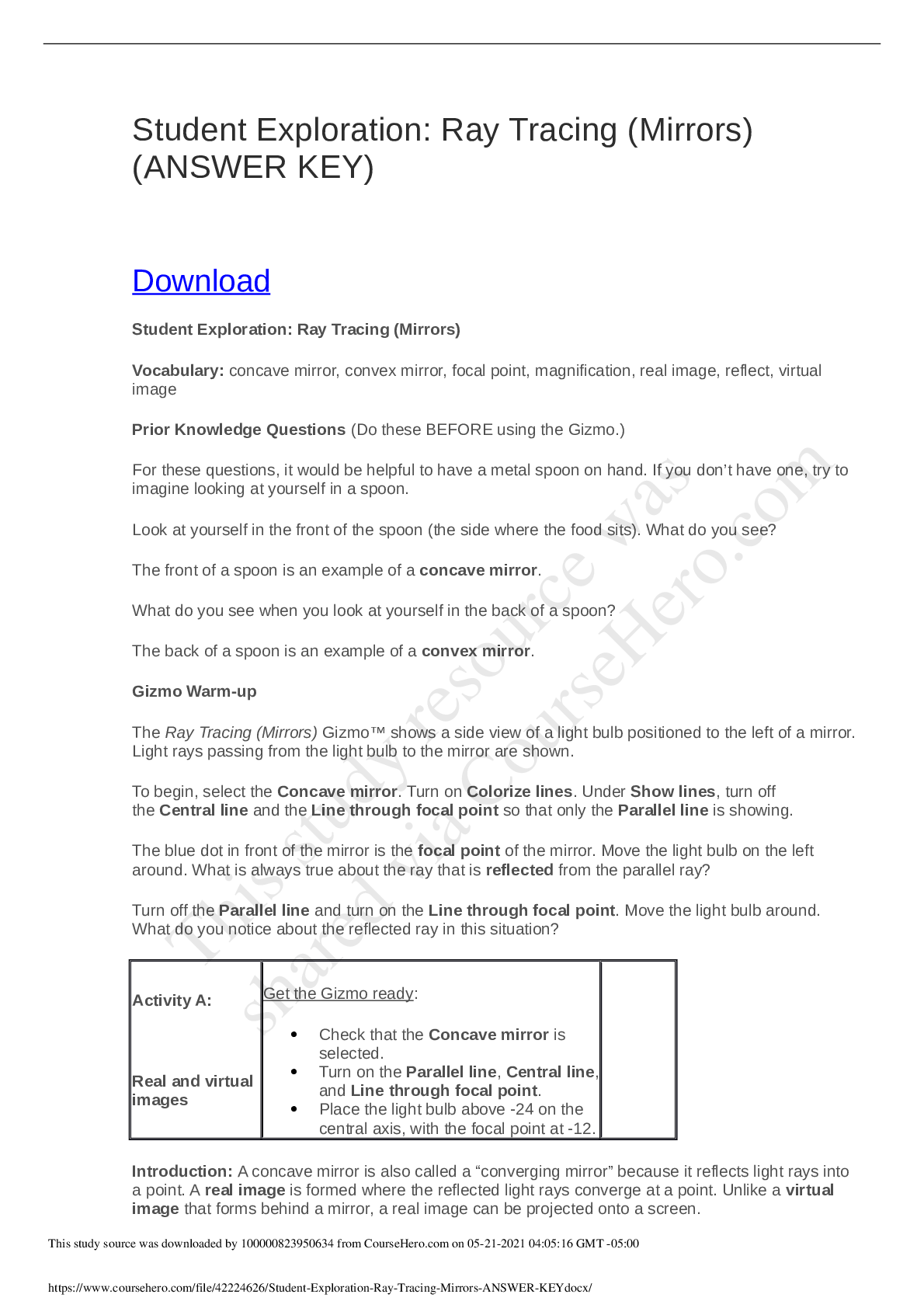 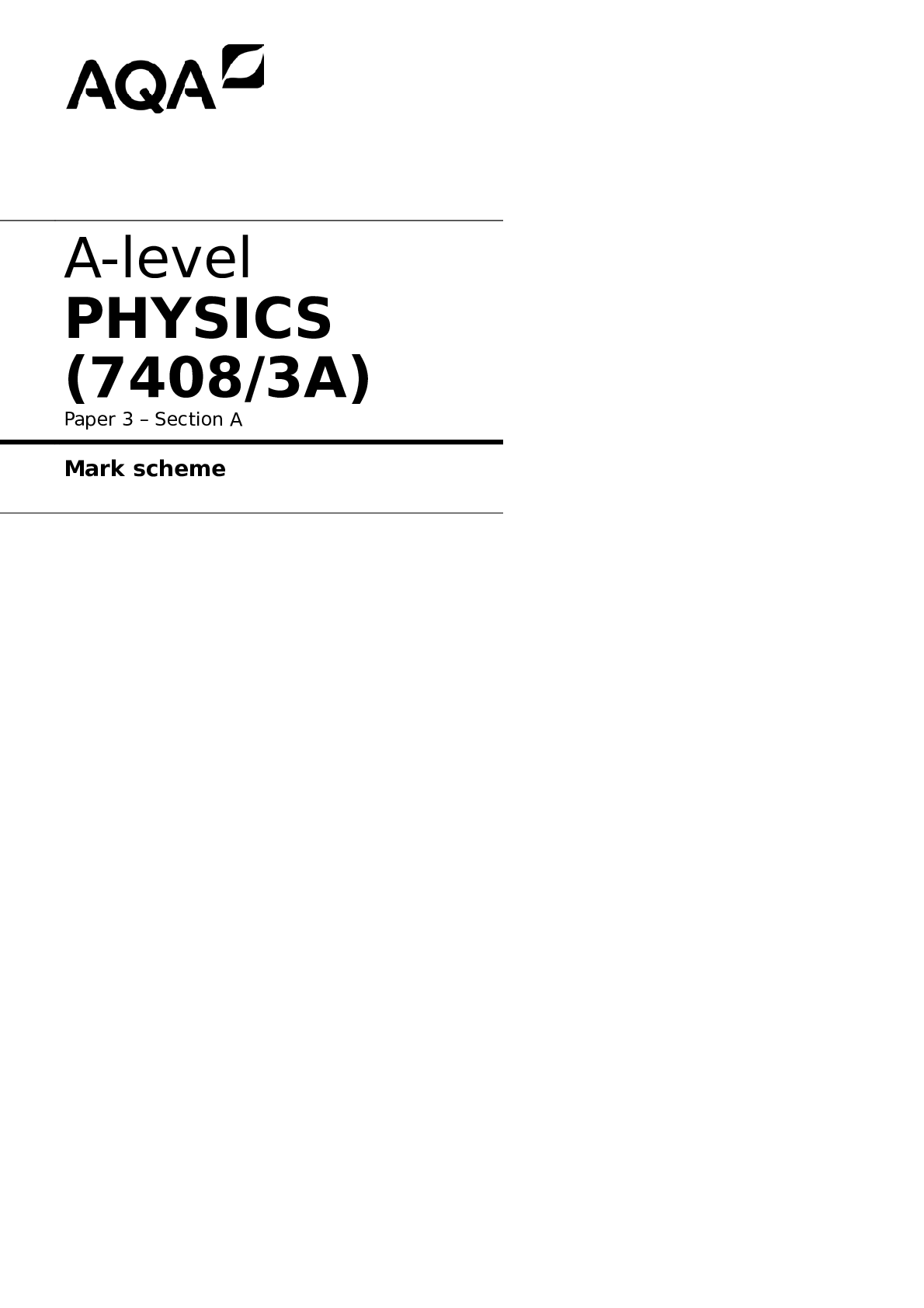 A-level PHYSICS (7408/2) Paper 2 Mark scheme Mark schemes are prepared by the Lead Assessment Writer and considered, together with the relevant questions, by a panel of subject teachers. T...

A-level PHYSICS (7408/2) Paper 2 Mark scheme Mark schemes are prepared by the Lead Assessment Writer and considered, together with the relevant questions, by a panel of subject teachers. T...

By Stuvia 1 year ago 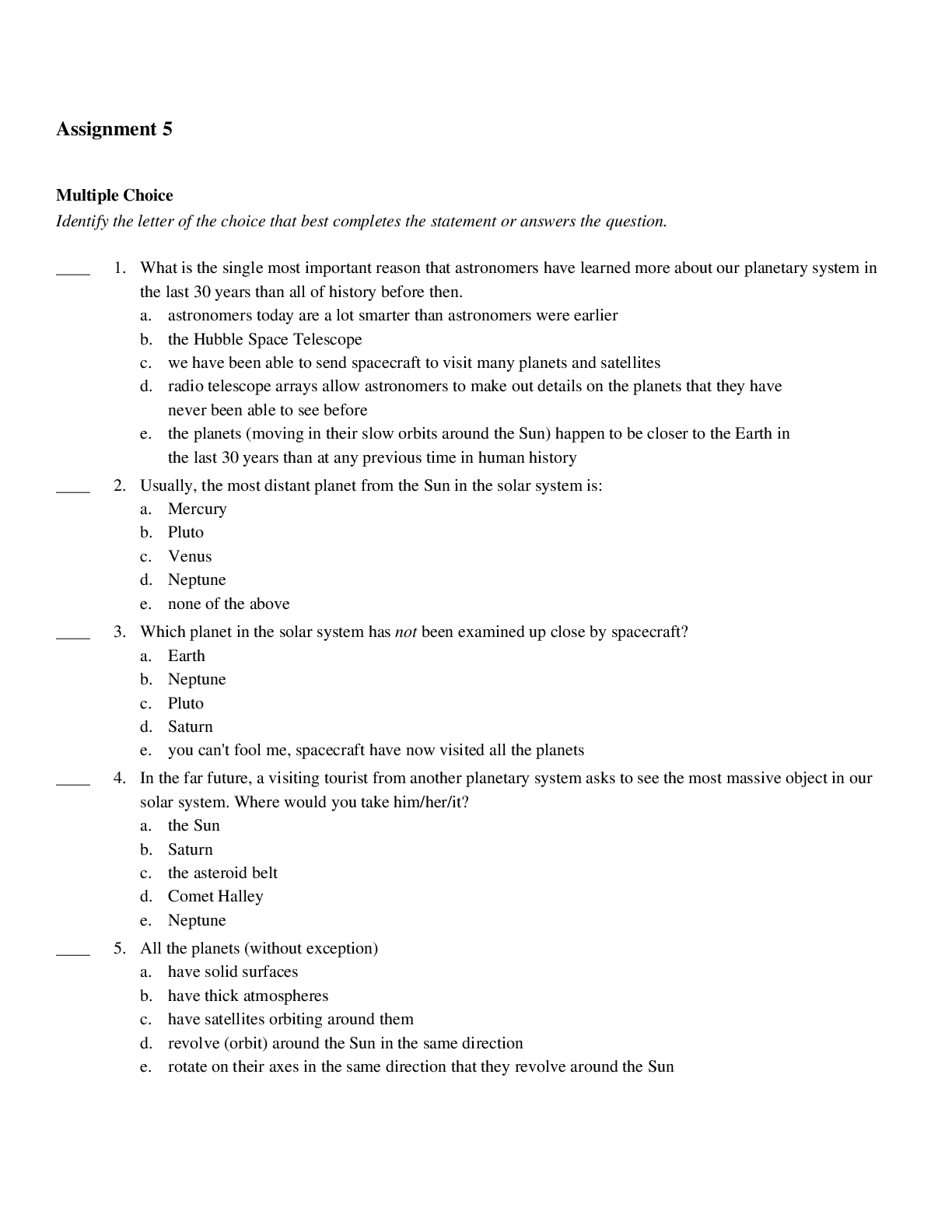 By PAPERS UNLIMITED 1 month ago